skip to main | skip to sidebar

Another occurrence was not so strange as it was charmingly romantic. A young man in the employ of Robert Todd Lincoln’s law firm left Illinois for New Orleans to investigate a piano company that was not performing up to par. His name was John Virgil Dugan and he immediately went to work to see why the company was having financial difficulties. But his visit to this new an exciting city was not all work and no play, for he received an invitation to his first New Orleans Carnival Ball. And it was there that he first set eyes on the young and beautiful Laure Jaubert. After meeting her he knew that his life would be changed forever.Mr. Fortuné A. Jaubert was born in 1846 in Barcelonnette, France, a town surrounded by snow-covered mountains in the Alps of Haute Provence. As the father of John Dugan’s love interest, he was visited by the enamored suitor at his place of business, Jaubert Brothers Dry Goods on Magazine Street. Dugan introduced himself and politely asked Mr. Jaubert if he could have his permission to court his daughter, Laure.Mr. Jaubert replied, “Mais non. Quite impossible! Why, Monsieur Dugan, you don’t even speak French.”The Gaelic-Gallic impasse had young Dugan at first dejected but later empowered once he envisioned the solution. He signed up for French lessons and after three months revisited Magazine Street. This time the greeting was “Bon jour, Monsieur Jaubert.” This salutation was followed by an adequate conversation in French such that the previously reluctant father gladly relented and agreed to a proper courtship. John and Laure were married and Dugan informed the Lincoln law firm that he should stay in New Orleans and run the piano company. All lived happily ever after, at least until 1916.On September 14th of that year, a crazed streetcar passenger, Seymour Clay, ran amuck slashing the conductor three times with a knife. It started with a dispute over a transfer in a Napoleon Avenue car at Dryades. Clay jumped from the car and ran to his house to procure a loaded Winchester rifle with which he shot and wounded four people. Another person was even less fortunate. Fortuné Jaubert was riding in his automobile with his wife, daughter (Mrs. Albert Clerc) and granddaughter, Noelie Clerc. While proceeding up St. Charles Avenue a high caliber bullet from Clay’s rifle entered Mr. Jaubert’s breast as he crossed Valmont Street. Seated in the tonneau of his vehicle, he slumped forward against the driver’s seat. His family hastened to Hotel Dieu, but Mr. Jaubert was dead when they lifted him from the car. He was 69 years old. Due to senseless violence a prominent citizen was gone, a man who gave a younger man a second chance at true love. “Merci, Monsieur Jaubert.”NED HÉMARD
New Orleans Nostalgia"Lincoln Law and Loving Laure" Copyright 2006
Posted by Françoise at 1:08 AM

Very accurate story. My Father, William Jaubert Dugan, 7th child of Laure and John Virgil Dugan told the same story to his four children. My Father passed away just 22 months ago. Are you related to the Jaubert's or Dugan's. Debbie

Mr. Jaubert was my Great-Grandfather. A sad story, I still have a copy of the old newspaper with the report of the killing.

When someone writes an paragraph he/she keeps the plan of a user in his/her mind
that how a user can be aware of it. Therefore that's why this piece of writing is amazing. Thanks!

I am curious to find out what blog system you happen to be
using? I'm having some minor security issues with my latest blog and I would like to find something more risk-free. Do you have any solutions?

Howdy! Someone in my Facebook group shared this website with us so I came to look it over.
I'm definitely enjoying the information. I'm bookmarking and will be tweeting this to my followers!
Great blog and great design.

Hey there! I know this is kind of off topic but I was wondering if
you knew where I could get a captcha plugin for my comment form?

I'm using the same blog platform as yours and I'm having trouble finding one?
Thanks a lot!

Here is my blog - go to these guys

Someone necessarily assist to make seriously posts
I would state. This is the very first time I frequented your website page and up to now?
I amazed with the research you made to make this particular publish amazing.
Fantastic job!

Highly descriptive blog, I loved that a lot. Will there be a part 2?


Look into my page useful source

Hello! I know this is kinda off topic but I'd figured I'd ask.

Would you be interested in exchanging links or maybe guest authoring
a blog article or vice-versa? My site discusses a
lot of the same topics as yours and I believe we could greatly benefit from each other.

If you're interested feel free to shoot me an e-mail. I look forward to hearing from you! Terrific blog by the way!

Admiring the commitment you put into your website and detailed information you
provide. It's good to come across a blog every once in a while that isn't the
same out of date rehashed information. Fantastic read!
I've bookmarked your site and I'm adding your RSS feeds to my Google account.


Feel free to visit my web blog ... check these guys out

I'm not sure exactly why but this web site is loading very slow for me. Is anyone else having this problem or is it a issue on my end? I'll check back later on and see if the problem still exists.

Aw, this was an extremely good post. Taking the time and actual effort to produce a
really good article… but what can I say… I hesitate a
whole lot and never manage to get nearly anything done.

I love this story! 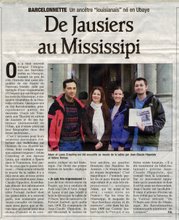